We Don't Have Time
The review platform for the climate.
YOUR AD HERE 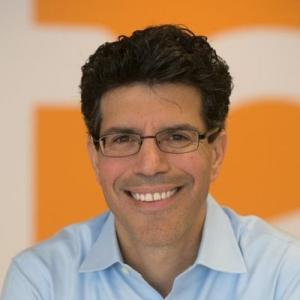 Gil Elbaz is the founder of [Factual](/organization/factu...

Gil Elbaz is the founder of Factual, a new information-sharing startup.
He is also the co-founder of Applied Semantics (ASI), a new language that helped create [Google].

ASI helped to define and build new addressable markets with its AdSense platform and other contextual advertising products. The company formed important partnerships with key players in both internet and content spaces such as O...
See More verture (now Yahoo), Verisign, and USA Today, effectively paving the way for markets which are today measured in the billions in annual revenue.

Google acquired ASI in 2003, and first-round investors reaped more than 100x return on their investment. Elbaz was appointed Engineering Director for Google Santa Monica where he focused on building up the local office, and continued to work on AdSense and other products. AdSense helped establish Google's place as a leader in the field of online advertising and in 2005, Elbaz was presented with the prestigious Founders' Award. Since leaving in 2007, true to his entrepreneurial bent, Elbaz has founded a new company whose technology will soon be revealed.

In 1991, he earned his bachelor's degree from California Institute of Technology with a double major in Engineering & Applied Science and Economics, and in 2008, Elbaz was very honored to be named Young Alumni Trustee to the Caltech Board of Trustees.

Active in a number of non-profit areas, Elbaz sits on the board of trustees for the X Prize Foundation. He and his wife Elyssa manage the Elbaz Family Foundation, which supports environmental and educational causes, and are involved in Los Angeles Social Ventures Partners. Committed to the open information arena, Elbaz supports organizations such as public.resource.org, and is president and founder of the CommonCrawl Foundation, dedicated to helping democratize access to web information.